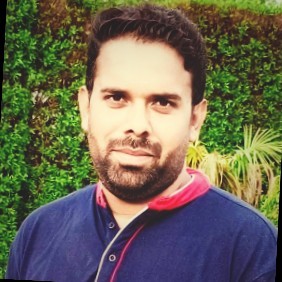 Ali Raza
Find me on:
LinkedIn

What is Cloud Security Posture Management?

Cloud Security Posture Management, otherwise known as CSPM, is a category of security products that enable organizations to secure their cloud infrastructure and mitigate or reduce cloud-based security risks. As such, it functions as a market segment used by IT security tools, meant to identify various misconfiguration and compliance issues and risks in the cloud. According to Gartner’s report titled “Critical Capabilities for Cloud Access Security Brokers”, which established the term, CSPM tools are examining the cloud environment and then comparing it to a defined set of known security issues and best practices in order to spot potential security risks.

What are the Best Practices for CSPM?

CSPM depends on a number of best practices that allow it to spot security risks and either alert the cloud user of them or handle them automatically. Naturally, this will depend on the nature and complexity of the issue in question, but also on the complexity and nature of the CSPM tool that is being used.

Contrary to what some may believe, it is not enough to simply adopt CSPM tools and hope for the best. These best practices are critically important as an addition to the tools themselves, as they can go a long way in improving the security posture for any organization.

For example, there are some CSPM solutions or offerings that are more sophisticated than others, and can even use RPA to remediate issues. As far as the best practices for CSPM go, there are several to point out and understand, including:

One of the popular practices in achieving a more agile, friction-free, and more secure environment is shifting-left. In fact, it is pretty much essential for it, as it allows organizations to instill security measures into the DevOps workflows - giving rise to DevSecOps.

DevSecOps is more than injecting the right tools for security and DevOps engineers. Instead, it represents and involves an entire cultural shift from how developing works, where the entire team has to adopt a new mindset that will result in security coming first. In other words, the team members have to become security practitioners at their core. The only way for companies to start to feel the benefits of SecDevOps is for them to start using the right workflows and essential tools, like policy enforcement, security automation, remediation tools, proper analytics, and alike.

It comes with a number of benefits, including proactive security, adaptability, and better resource management, which is directly responsible for increased cost-efficiency.

Policy-as-Code, which is a practice of codifying policies and enforcing them automatically on a software level. Policy-as-Code is used to automate the deployment of best practices, with the policies being specified in the code itself. One advantage here is that it can prevent the deployment of non-conforming resources, but ultimately, it can be used in all phases of the app development cycle.

Cloud Security Posture Management has been specially designed to identify any misconfiguration issues, alongside compliance risks, and perhaps automatically remediate such misconfigurations. This is one of its key capabilities, or features, which make it very valuable in the cloud environment.

Misconfiguration in the cloud environment typically revolves around rather common mistakes, but if left untreated, those mistakes could have grand consequences. For example, they can allow data breaches. CSPM tools can help reduce misconfiguration-based security incidents by approximately 80%.

Most of the issues are quite common, and as such, they are well-known, understood, and chances are that their solutions are already a part of the CSPM tool. This allows for automatic remediation in most cases. If automatic remediation is not possible, the tool will simply raise an alert and point the users’ attention to the matter, requesting for it to be manually addressed.

Reports and analytics are key tools within the CSPM, as they collect and help review information regarding misconfigurations. Of course, their intensity depends on CSPM itself, and how it was developed.

Reporting and analytics can then be used to get a holistic view of the security posture, and by creating these custom reports, users can notice any potential policy violations. The analytics tools can even separate them by category or severity across the clusters, which is a good way to not only detect the issues but also see which portions of the software require the most attention and work.

Among the additional benefits of enterprise CSPM are discovery and visibility. These come in addition to simple monitoring for compliance and revolve around risk visualization. This is highly important for integration, as it makes it easier by providing better visibility for multiple cloud partners.

As mentioned already, the discovery of policy violations, data risks, or active threats in the cloud environment is of utmost importance, but presenting these issues and making them visible is the obvious next most important step. In fact, the lack of visibility is often the sole reason why misconfigurations are created, in the first place.

With that said, the goal of CSPM is to offer visibility and analysis in a multi-cloud environment that would benefit the entire system.

This can include anything, from careless activity to unauthorized access, or more direct and harmful actions that could put the cloud environment at risk. However, this is also done in a smart way, where CSPM increases its efficiency while reducing the number of alerts, typically by monitoring at most vulnerable points, known for being commonly targeted by malware.

This increases the likelihood of it picking up an actual threat while reducing false positives across the system, which, in the end, is meant to improve its efficiency.

CSPM software comes as an advanced solution that is of crucial importance in the modern-day fast-paced tech environment. It is vital for businesses of all sizes, as it tackles two major barriers that typically prevent businesses from innovating and advancing at the full speed, which are compliance and security.

Companies like Magalix aim to provide the top-quality CSPM, but also educate their users on the best practices and uses of this software in cloud environments.